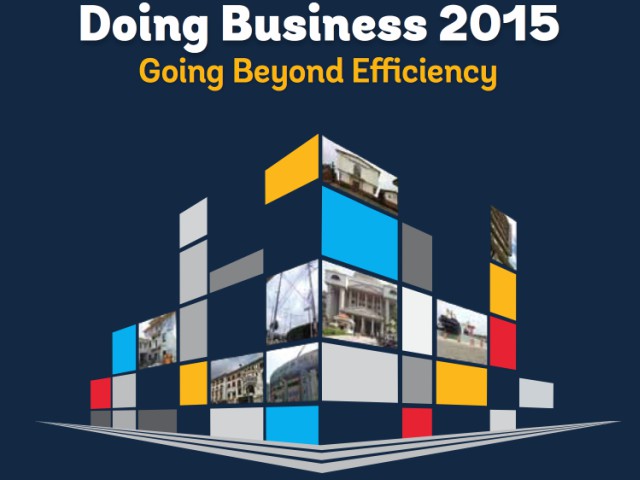 Just the other week the World Bank released its “Doing Business” report, a summary of how every country in the world is reforming their economies to better enable entrepreneurship and streamline red tape.

Beyond its 318 pages though are some excellent gems for any government to take away and act on:

Over the weekend the G20 meeting in my hometown of Brisbane, Australia set targets of growing member economies by 2% per year. So the prospect of increasing GDP through reduced regulations and better online service delivery to business is attractive. It should be noted the World Bank’s 0.8% rise in GDP is based on nations with the highest level of regulations and lack of online service delivery to turn things around and to become exemplars. That’s not going to happen overnight. By default this downplays the prospect of many countries well position to achieve a smaller GDP increase by streamlining regulations a little more and focusing solidly on moving government-to-business transactions online.

Steps for government to achieve a more business-friendly environment

So what are the actions governments can take to create in their economies growing businesses that are more inclined to hire people?

According to the World Bank regulatory reform that is well designed and implemented and reduces or eliminates bureaucratic obstacles, reduces financial and time constraints on businesses and improve the efficiency of legal institutions are the main means to success. The report highlights case studies such as:

The impact is significant because red tape reduction reforms are generally easier to deliver and achieve results relatively quickly. Of the categories of reform identified by the World Bank the most common adopted by 45 countries during 2013-14 related to starting a business. This often focused on the concept of delivering a One-Stop Shop for businesses starting up. This can be done online like Tajikistan or through physical store fronts as achieved by Timor Leste (East Timor) where the time taken to start a business fell from 94 to 10 days.

The World Bank identified though that delivery of end-to-end transactional government services for businesses was preferable as it significantly removed risks of government corruption and bribery. Online registration processes were also faster (a sample of 71 economies found paper registration approvals took an average of 26 days, while online averaged 11 days.) Some nations such as Singapore and New Zealand have achieved interconnectivity between multiple government agencies online, allowing data to be securely exchanged between IT systems, speeding up approval processes further.

Chile’s new online registry system takes things to another level, with company approvals taking only a few minutes. Their system not online certifies the company’s existence on creation, but assigns a taxpayer identification number to the new entity and using web services performs the necessary identity checks against the company shareholders. Its not surprising that just 7 weeks after launch nearly half of all new limited liability companies in Chile were being created using the online registry. During 2013 the total number of companies created via the online registry was more than 85,000, twice the number of companies created in 2009 (almost 39,000.)

The report’s overview sums it up best. The better performing economies aren’t about no regulation. What works is where governments create the right set of rules facilitating interactions in the marketplace without needlessly hindering private sector development. Combine that with business customer focused service delivery and you’re onto a winner.